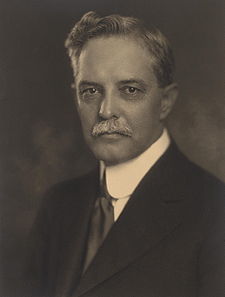 The history of science records the 1887 ether-drift experiment of Albert Michelson and Edward Morley as a pivotal turning point, where the energetic ether of space was discarded by mainstream physics. Thereafter, the postulate of "empty space" was embraced, along with related concepts which demanded constancy in light-speed, such as Albert Einstein's relativity theory. The now famous Michelson-Morley experiment is widely cited, in nearly every physics textbook, for its claimed "null" or "negative" results. Less known, however, is the far more significant and detailed work of Dayton Miller.

Dayton Miller's 1933 paper in Reviews of Modern Physics details the positive results from over 20 years of experimental research into the question of ether-drift, and remains the most definitive body of work on the subject of light-beam interferometry. Other positive ether-detection experiments have been undertaken, such as the work of Sagnac (1913) and Michelson and Gale (1925), documenting the existence in light-speed variations (c+v > c-v), but these were not adequately constructed for detection of a larger cosmological ether-drift, of the Earth and Solar System moving through the background of space. Dayton Miller's work on ether-drift was so constructed, however, and yielded consistently positive results.

Miller's work, which ran from 1906 through the mid-1930s, most strongly supports the idea of an ether-drift, of the Earth moving through a cosmological medium, with calculations made of the actual direction and magnitude of drift. By 1933, Miller concluded that the Earth was drifting at a speed of 208 km/sec. towards an apex in the Southern Celestial Hemisphere, towards Dorado, the swordfish, right ascension 4 hrs 54 min., declination of -70Â° 33', in the middle of the Great Magellanic Cloud and 7Â° from the southern pole of the ecliptic. (Miller 1933, p.234) This is based upon a measured displacement of around 10 km/sec. at the interferometer, and assuming the Earth was pushing through a stationary, but Earth-entrained ether in that particular direction, which lowered the velocity of the ether from around 200 to 10 km/sec. at the Earth's surface. Today, however, Miller's work is hardly known or mentioned, as is the case with nearly all the experiments which produced positive results for an ether in space. Modern physics today points instead to the much earlier and less significant 1887 work of Michelson-Morley, as having "proved the ether did not exist". http://www.orgonelab.org/miller.htm