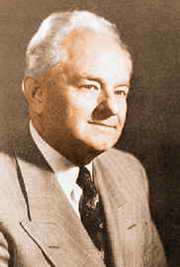 Ernest Shurtleff Holmes (January 21, 1887 – April 7, 1960) was an American New Thought writer, teacher, and leader. He was the founder of a Spiritual movement known as Religious Science, a part of the greater New Thought movement, whose spiritual philosophy is known as "The Science of Mind." He was the author of The Science of Mind and numerous other metaphysical books, and the founder of Science of Mind magazine, in continuous publication since 1927. His books remain in print, and the principles he taught as "Science of Mind" have inspired and influenced many generations of metaphysical students and teachers. Holmes had previously studied another New Thought teaching, Divine Science, and was an ordained Divine Science Minister. His influence beyond New Thought can be seen in the self-help movement. Wikipedia, Ernest Holmes

Awakening
Part 24 - Awakening Your Genius
The Science of Mind