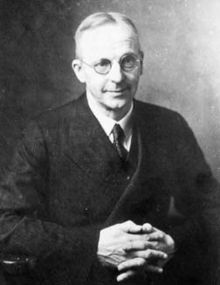 (click to enlarge) Edmund Taylor Whittaker FRS FRSE (24 October 1873 - 24 March 1956) was an English mathematician who contributed widely to applied mathematics, mathematical physics and the theory of special functions. He had a particular interest in numerical analysis, but also worked on celestial mechanics and the history of physics. Near the end of his career he received the Copley Medal, the most prestigious honorary award in British science. WikiPedia, Whittaker

In 1910, Whittaker wrote "A History of the Theories of Aether and Electricity", which gave a very detailed account of the aether theories from Rene Descartes to Hendrik Lorentz and Albert Einstein, including the contributions of Hermann Minkowski, and which made Whittaker a respected historian of science.

On the Partial Differential Equations of Mathematical Physics