Common Law - “(lex communis) Is taken for the law of this kingdom simply, without any other laws; as it was generally holden before any statute was enacted in parliament to alter the same: and the king's courts of justice are called the Common Law Courts. The Common Law is grounded upon the general customs of the realm; and includes in it the Law of Nature, the Law of God, and the principles and maxims of the law: it is founded upon reason; and is said to be the perfection of reason, acquired by long study, observation and experience, and refined by learned men in all ages. And it is the common birthright, that the subject hath for the safe-guard and defense, not only of his goods, lands, and revenues; but of his wife and children, body, fame, and life also. Co. Lit. 97, 142. Treatise of Laws, p.2.” [Giles Jacob English Law Dictionary – 1750 Edition] 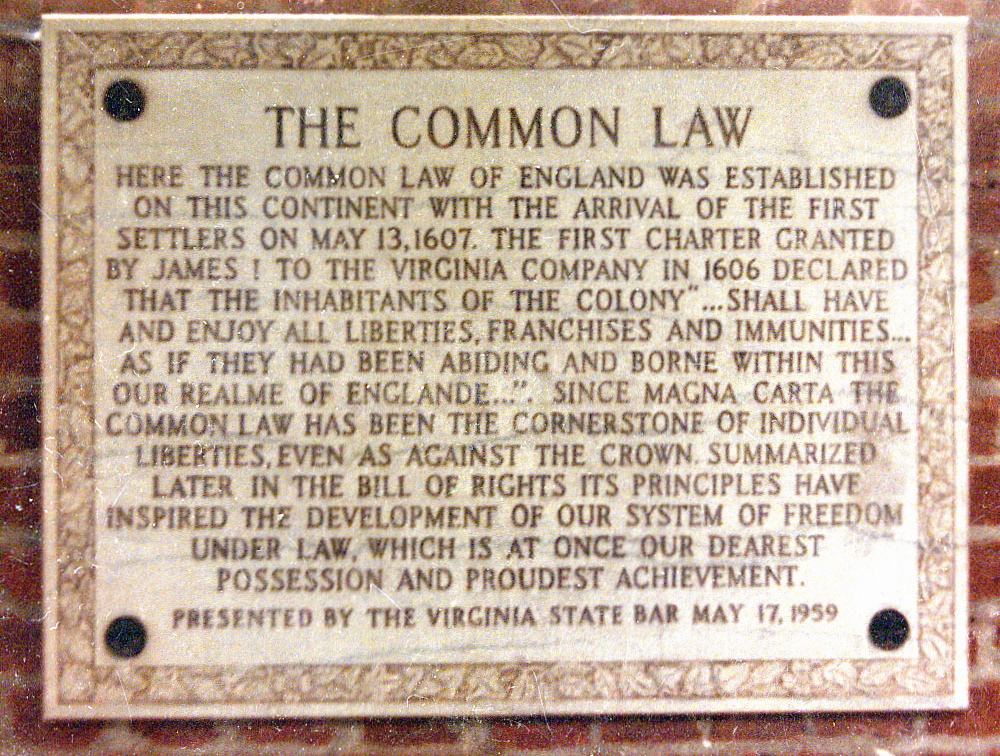 Judge Reitz - Everything about Common Law; history, who, what, when, where and HOW.

Just the title should clue you in that, like everything else, there's common law, and then, there is COMMON LAW.....
The Masters of Deceit have been at work.
Common Law has its origins in the Stone Age. It's the tradition, often verbal, that a group or tribe has established as its standard of justice over time. Please note that such a standard applied to a Zulu Warrior standing before a gathering of his tribal elders is just as much the "common law" for him as British Common Law is for a Brit.
Also note that English Common Law is different from British Common Law and they are both distinct from the Common Law of the United Kingdom...... and so on and so on.
It's apparent, then, that "common law" is one of those catch-all or nearly all terms that can apply to tribal traditional law that is preserved as a verbal standard passed down generation to generation, or a written standard of law, code, or doctrine adopted by a tribe or a nation or even a commercial corporation.
It is also apparent that "common law" can exist in any jurisdiction.
"Ecclesiastical Law" is, generally speaking, the Common Law of the Universal Church, whereas "Canon Law" is a specific codification of Ecclesiastical Law used by the clergy.
There's Military Common Law. Commercial Common Law. State Common Law. County Common Law.
No doubt we can derive a Bird Common Law and Dog Common Law and Cat Common Law based on the Natural Law of their kind.
That's why when someone starts talking about "common law" you should jump on them and grill them---- what common law?
Katie Courier, always a blind guide, has come up with her own definition which appears to be "any written law" is "common law". Many generations of jurists would beg to disagree, and in fact, it is a famous disagreement about the nature and definition of "common law" that lies as part of the major impetus behind the American Revolution.
When Lord Mansfield became Lord Chief Justice in Britain in 1756 he brought along both his experience as an Admiralty Lawyer and as a Scotsman.
At that time, English Common Law, which required actual wet-ink, two party, fully disclosed, equitable agreements based on a "meeting of the minds" expressed in writing by freely consenting parties, was deemed old-fashioned by Mansfield and not convenient for the conduct of modern business.
Instead, he advocated a system of "honor" by which full disclosure and consent to contracts should and could be merely implied by acceptance of some service or benefit and which also favored giving judges the "discretion" to act "in equity"---allowing them to escape the "narrow confines" of a written law.
So, Lord Mansfield "merged" the Common Law into the Admiralty system and created a dreadful mish-mash that could be "interpreted" endlessly by the courts that were supposed to be administering justice in behalf of the people who instead became victims of what then posed as their own justice system.
It is from this "merger" of law forms that we get such horrors as "unilateral contracts" in which only one party signs and bears all responsibility, "victimless crimes" in which one may not harm anyone or anything and still be subjected to lengthy and arbitrary prison sentences, and abuses of "judicial discretion" in which the judge's personal buddies and political betters receive the property of whoever the judge doesn't like or isn't paid to protect.
The Americans, rightly, objected strongly to this merger of English Common Law and Admiralty Law and all the abuses that logically follow from it.
The upshot is that English Common Law was hopelessly polluted, twisted, and made into a tool for the Bar Associations to screw everyone and everything else to the wall, at their "discretion".
The American Common Law retained its separation from Admiralty Law, maintained its prohibitions against implied and unilateral contracts, at "judicial discretion" and "equity decisions".
But they are both still called "Common Law".
Lately, we've been beset with US attorneys (all US courts including federated "State of State" and "STATE OF STATE" courts practice this horrific hybrid British "Common Law") attempting to present their bastard as our "Common Law".
Common Law, lamentably, it still may be called in Britain.
But it is not our American Common Law. It is a shady, depraved, debauched, prostituted sister, a tool of feudalism and oppression since 1756.
So when you hear or speak of "common law" with respect to yourself, your family, your assets---- be sure to stipulate and identify your form of law as American Common Law.